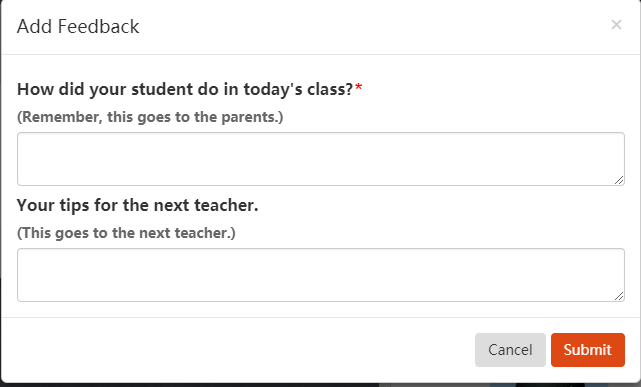 “Ok, bye bye star!” I said, trying to lock the child in his chair with my gaze through my computer screen. I was teaching my online ESL student Alan again. For a long time he was my most loyal regular. I started teaching him shortly after beginning with the company, and he signed up for five to seven classes a week. Although Alan behaved well when his mom was in the room, as soon as she left, out came the toys. Today Alan had pulled his yellow sweater right up over his head, so instead of a student looking back at me, I was staring at a yellow blob. “Uh oh Alan! Look! Only two stars!” Alan was so far beyond caring about stars, our built in reward system, and I had no more tools in my toolbox to help him focus. Finally our class came to an end, and I breathed a sigh of relief once the camera was off and my microphone was muted. I sighed, staring at the two blank boxes in front of me, one for adding feedback for the parents, the other for adding feedback for the next teacher. I glanced at the small white indicator in the bottom right hand of my computer screen that showed the time. I had already wasted a full thirty seconds of the five minutes I had to jot down my thoughts about the class, use the bathroom, and re-fill my tea.

Though a necessary part of any high quality education system, parent feedback has never been the easiest part of the job. With VIPKID, the online ESL platform I teach with, I had the added element of wording my feedback for Alan in a culturally appropriate way. With VIPKID my students are all Chinese, which means that the complex concept of 面子miànzi, known in English as “face” is something I need to contemplate on a daily basis.

If I had been writing to a parent at my previous job, where I worked in a pre-school in Guelph Ontario, I would have said something along the lines of: Alan has a lot of enthusiasm, but sometimes Alan has trouble focusing. He can be a little silly when he has so many toys around him, so please make sure you are present during Alan’s lessons. Polite, but also direct and to the point. I would want to make sure that Alan’s mom knew that unless she was in the room with Alan, Alan was not going to get the most out of his lesson. I would expect that Alan’s mom would value my honesty, and in turn she would get the most out of her money.

However in Chinese culture, that simple message could easily be misinterpreted. Although I am complimenting Alan for his enthusiasm, I also am saying that Alan cannot focus, and I am telling his mom that she needs to be in the room in order for him to do well. Instead I typed the following: It was great to see Alan in class today! Alan was able to say hello to the teacher, and Alan gave the teacher a high five. As you know, it is very important to set up a clean area without toys in order to focus. Alan is able to focus very well when his mom is in the room. Great work today Alan! Although it might seem like I’m skirting around the main issue, I am able to get my point across. Alan’s mom knows that she was not in the room during our lesson, and she knows that Alan’s desk was not clear of toys before class. Alan’s mom is able understand my feedback, improve her child’s learning experience, and to any outside observer, no alarm bells go off regarding Alan’s behavior.

When attempting to write feedback for your students, it is important to keep the following in mind.

Understand the importance of face/面子miànzi

I don’t want to spend too long getting into the concept of “face”, as it is an entire discussion of its own, but it is such an important part of Chinese culture I will attempt to give a quick summary of what it is. Face is a sense of pride and duty. To lose face is a great sense of shame. In the classroom you give your student “face” when you give them a good grade, praise them for how well they have done in class, or give them five stars during the lesson. You give them something to be proud of, and you allow them to fulfill their role as your student. You cause your student to lose face by telling them they are not doing well in class, not behaving well, or are speaking English poorly. In doing so you make them ashamed of their progress, and you tell them that they are not able to complete their role as your student.

Using my above example of my class with Alan, if I were to tell his mom that he did well in class, this would give him a great sense of pride, but if I were to tell her that he did not listen in class he would feel very ashamed, and this would cause him to lose face. Once Alan has lost face it may be very embarrassing for him to book class with me again, or he might not feel confident in his abilities to speak English, for fear of losing face once more.

Focus on what your student did well

People, especially children who are still learning and growing, need to be given room to make mistakes, because they are not perfect, so, in the context of your classroom, when you see your student make a mistake, you should allow for opportunities to save face. In other words, when you word feedback to your student, you should write it in a way that focuses on your student’s strengths, and downplays their weaknesses. As an educator it is a fine art to do so, while still making sure the parent knows and understands the areas their child needs to improve on.

Essentially start off by saying something your student did well, even if all you can come up with is “____ was able to sit behind the camera and look at the teacher for five whole minutes today!”

Be truthful but not direct

Writing “Many students find ____ difficult” or “It is always important to ____” takes the focus off of Alan, but still covers the issue observed in class.

Don’t hide from the truth, but say it in a way that gets your point across without being direct.

End with something positive

Do not back your student/ parent into a corner. Writing in a culturally sensitive way is a challenge. Sometimes even strong attempts to write in a less direct way still come across badly, especially when translation errors can occur (such as silly translating to stupid). Leave an escape route for your student and parent. End your feedback with something positive, such as “I can’t wait to see ___ in class again next time!” Be specific if you can be. I have a student who gets very upset if we end class without playing tic-tac-toe. We have had thirty second tic-tac-toe games when our lesson has run a little overtime, just to make him happy. A great way for me to end my feedback for that student would be “I was so happy that you earned five stars so that we could play tic-tac-toe again in class today, I can’t wait to play again next lesson!” By ending with a positive you acknowledge that your student did well, so regardless of whatever else you might have blundered your way through in the middle, you have given your student a little ray of sunshine to hold onto.

When all is said and done, there is a good chance that your student’s parents know more about American culture then you know about Chinese culture. Students from Beijing and Shanghai live in very multicultural cities, and some of their routines and practices may align with those in America more then with other parts of China. Cultural understanding and acceptance is a two way street, and if you make an effort to understand the perspective of your students, then hopefully they will understand a little more about you.