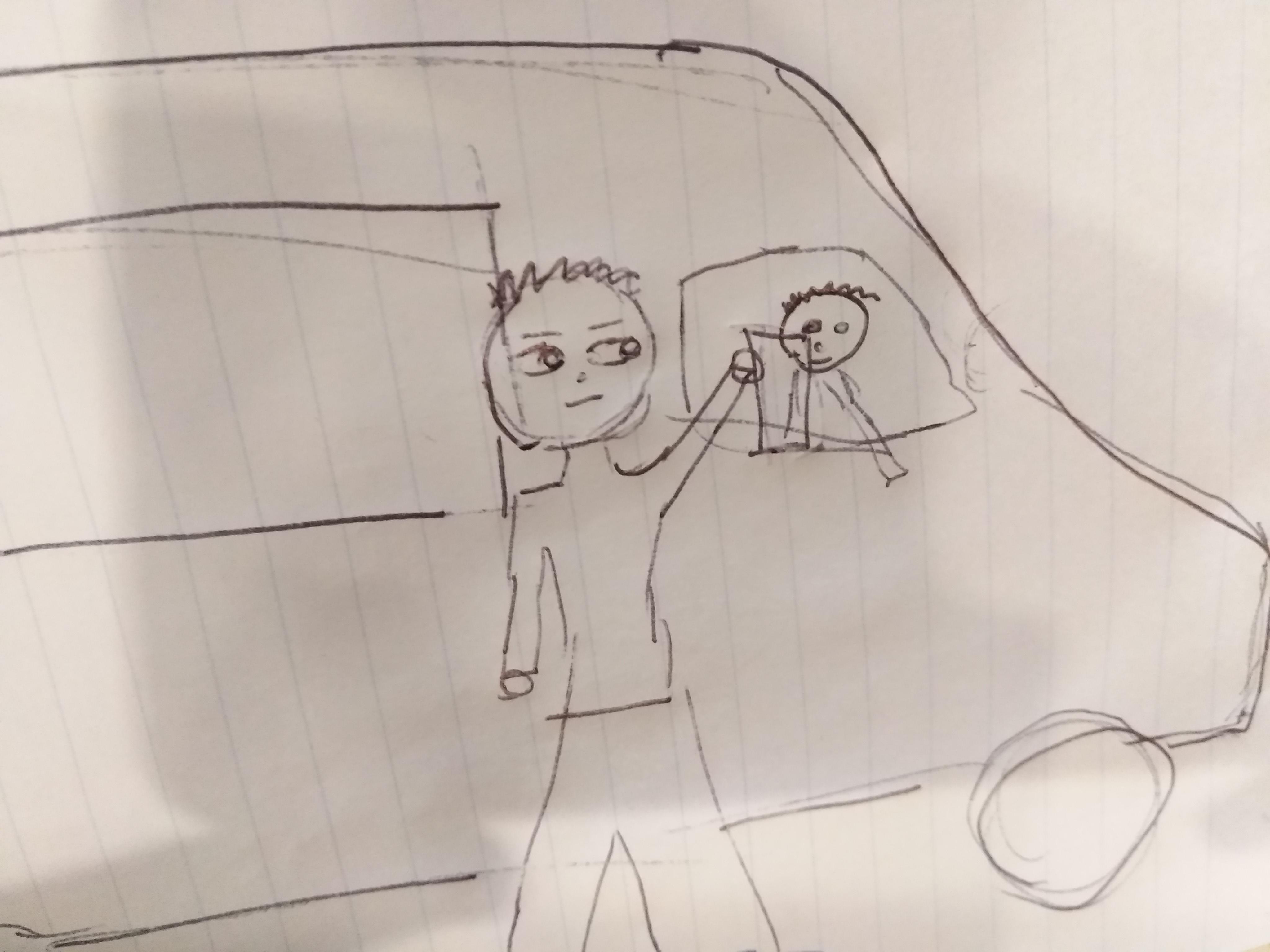 “LOOK OUT!” I screamed as Nate’s basketball bounced off of the rim of the net and straight at a man with a small child. The man did not understand! The ball was hurtling towards him, there was no way to stop it! THUNK the ball made contact with the man’s head and fell to the ground where it bounced, then rolled to the corner of the court.

I turned to look at Nate, whose hands were on his head, his face twisted in horror, “I’m so sorry!” he called, then quickly switched languages and spoke in Chinese “duibuchi, duibuchi!”

The man turned towards us, his eyes wide. When he saw Nate and I he smiled and shook his head indicating that he was alright. Nate had been playing with the man’s daughter earlier. We felt terrible, but Sonya assured us that the man was ok. In China, the language barrier was always a challenge. Good thing we had good friends like Sonya to help us get around and communicate.

Rose, a colleague of Sonya’s had been sitting on the bench, looking through her phone when disaster had struck. It was already getting dark so Sonya, Nate and I joined her. It seemed like we had pushed our luck with basketball, and we knew that soon the basketball court would be filled with old women. The dancing grannies they were called, a relic from the Cultural Revolution. In their youth these ladies had found dance to be a way to socialize, entertain themselves, and, strangely enough, a way to rebel. Some people still frown upon these gatherings, labelling the now aging women as trouble makers of the past.

“Nate and I will be going to Harbin on Monday,” I explained to Sonya and Rose.

Sonya’s eyes widened, “This is in the North of China. You should go when they have the ice festival.”

“Well the school is sending us, we need to get our visas renewed.”

I was nervous about our trip, the circumstances were sketchy to say the least. The school had urged us to come to China on a tourist visa, saying that they would take care of our work visa on arrival. “Yes,” I explained, “We don’t even get to stay for a night,” I complained.

Rose, who spoke very little English was busy translating what I had said with her phone. She turned to Sonya and asked her something in Chinese. After a brief discussion Sonya turned back to me, “But Jen-ni, why do you have to go to Harbin for a bank card?”

At Happy English we get paid on the 15th of each month, and that pay check covers the hours for the previous month, meaning that because we started work at the end of August we did not get a real pay check until halfway through October (since September’s pay covered work hours from August). Funds were tight as we arrived at the airport for our trip to Harbin. Fortunately most of our trip would be covered by the school, so we only had to pay for food and drinks on our own. Our budget was cut down to 100 RMB a week (about $16).

“Hairpin?” Nate asked, sliding the itinerary across to me. Lainey had clearly written “Hairpin” rather than “Harbin.”

“Isn’t this her language?” I commented.

“The only reason I’ve agreed to do this is because I know Katrina and Angy have gone before and made it back,” I commented, “but this is so sketchy. Trust Mr Yang, Mr Yang will take care of everything…”

“This can’t be legal,” Nate replied.

“What are we supposed to do?” I asked, recalling Lainey’s attempt to reassure us, Sara knows best. She has helped many foreign teachers get the visa.

It was the start of a very long day. We would have to fly back to Jinan that evening. We would have no time to see any sights or even try any of the local food. When we arrived at the hotel there was a whole crowd of foreigners all waiting for Mr Yang. “I’m starting to get the feeling that this is a large scale business.” I commented to Nate. Suddenly a short Chinese man came in and started collecting passports, and then disappeared back out the door. A few minutes later he was back. He beaconed to six of the waiting individuals, and they followed him out the door.

“It’s always super sketchy,” one man sitting next to us said. “In China you learn to trust and hope for the best. You’ll get used to it.”

Mr Yang was back, and this time it was our turn. We followed him out the door. He was fast, Nate was the only one who could keep up with him, I just kept my eyes glued to Nate’s tall ginger head sticking up above the crowd of pedestrians we weaved through. There was one woman in our group wearing bright red heals. taller than I could imagine walking in. I kept glancing over my shoulder to make sure we hadn’t lost her yet.

I saw Nate turn up a set of stairs and disappear through the door of a rundown apartment. Heart hammering, I followed him. This was how bad things happened to stupid people. Inside the door was a make shift studio. Our visa photos were taken in front of an old blue sheet with a point and shoot camera. Back out on the street, we found ourselves chasing Mr Yang once again. Suddenly a black van pulled up beside us. The envelope that Mr Yang held in his hand, containing our passports, was passed through the open window, and the van sped away.

Nate and I stood frozen, staring at each other as Mr Yang said, “My friend will take you to the airport.”

At least we did not have much luggage to haul around with us. Back at the airport I held my photocopy of my passport in a clammy fist. “Maybe we should get out our drivers licences as a second piece of ID?” I suggested. I felt a tiny bit better with the piece of plastic clutched in my hand, reminding me that I did, in fact, have an identity.

I shook my head and handed the papers back to him. “No,” I said. “We were told this was ok.”

The second security guard pulled his walkie talkie and spoke Chinese into it. Nate and I stood waiting as I repeated over and over in my head, please don’t let us end up in Chinese prison.

Time seemed to stretch, and finally, when another security guard arrived, he looked at the papers and called for more backup. There were five men standing in front of us examining the photocopies, discussing our fate in Chinese. Nate, who is usually strong and sure, looked shaky and pale. One man looked up, reached out a hand, and passed us back our papers. He raised a hand into the air. I was waiting for the ball to drop, but instead of barring our entrance, or hauling us away he made one stiff hand movement beckoning us onward towards the gate and our flight home.